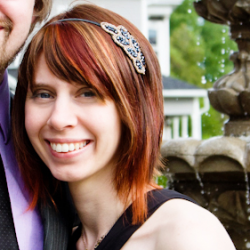 Review | The Liberator by Victoria Scott 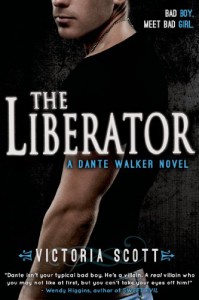 I think my biggest question upon finishing The Collector was, how is hedonistic-to-the-max Dante going to handle working for Heaven? Can he find it within himself renounce his life of sin, earn his halo and walk the straight ‘n narrow? ‘Cause I seriously doubt it. Turns out this is homeboy’s biggest nagging worry too. ‘Cause dude is bad… and bad is what he’s best at.

Dante. While The Liberator continues on with overall arc to protect Charlie and ensure the coming of Trelvator, this book, to me, is primarily about Dante struggling with his own personal demons and his new-found, and somewhat unwelcome, Liberator status.

Because of Charlie and because of his new divine employer (who now holds the keys to his cuff, so to speak) Dante cannot continue as he always has. He has more to live for now, a purpose. But he also rebels against turning a new leaf. When his hellbent behavior starts influencing Charlie though, he starts to come to some interesting realizations. And when he meets his new assignment, Aspen, who is pretty much the female version of himself, he’s given a new perspective on his pre-Charlie modus operandi. So yeah, be prepared for a bit of soul-searching… but Dante Walker style, baby.

Also be prepared, this book is a bit more mature than the last, with a bit more… colorful verbiage. Like Dante is on mission to demonstrate just how “bad” he really is verbally. Dude is crude. Like cringe-worthily, phallically-obsessed.…

Aspen! I really liked Aspen. While she didn’t get nearly as much focus as I hoped, there is certainly a lot more to be explored there. She’s a girl who, like Dante, drowns herself in anything and everything. Anything so she doesn’t have to face her reality–the truth of her life and of herself. You know, those hard, pestilential, inconvenient questions and truths a person can be unexpectedly confronted with at upon finding oneself alone, and quiet… and sober. But while not given the chance to get to know her super well, she’s a very intriguing character and one I hope we’ll be given the chance to know better.

Charlie. Charlie felt rather secondary in this book. I means she’s there and she’s Dante’s reason for pretty much… existing, but her character doesn’t extend much beyond being a reason, a plot device for Dante’s personal development and the furtherance of the Trelvator arc. I wish there’d just been slightly more development for her.

Plot. Gotta say… this floundered for me a bit – a little hard to get into, with some elements perhaps a tad on the flimsy side. A little unfocused overall. Still trying to pin point my issue with the plot exactly, but it just sort of waffled a bit until the action ramps up at the climax, and then it’s all, like, “Oh snap!”

Let’s just say, the set up for the next novel? It’s about to get IN-TER-REST-ING. Very interesting.

Romance. It’s a second book. Expect a few hiccups in Charlie & Dante’s HEA. But, at least from Dante’s perspective, I like where he ends up in assessing his feelings for Charlie. (There’s one particular instance, where…oh wait. Spoilers… But it’s #FEELS worthy) One more thing – and excuse me while I get my “mom” on – I’ll also say that this book is more romance heavy. And while they are more fade-to-black scenarios, I’d consider this book a bit more on the upper YA side than the last.

Overall. Though I wished for a little more character development and a slightly more focused plot in The Liberator, Dante’s development throughout this book is quite good, and I can’t wait to see what’s next for him… and really, for them all. {dun dun dun}